What are some smart city use cases? Well, here is Dallas. This is from my upcoming book on Smart City Use Cases.

You have been asking for smart city examples and what is in each smart city. Here is an example. This is from a new book to be released very soon called, Smart City Use Cases. We are always

looking for real-world smart city examples. They are out there so why not collect many of them into a book? We all want to see what’s being done, well, here it is, one example. It is an overview but gives you an idea of what Dallas is doing.

Of course, we all know where Dallas is, quite a city, in the heart of Texas. The larger part of the Dallas-Fort Worth area. Home to over 1.2 million people.

I have been in that area for work over 15 years ago. It is a beautiful area. One that I really enjoy working in and love visiting. I would recommend anyone going there for to stay for vacation.  Don’t get me wrong, they have their share of problems, like any city. They deal with traffic, crime, growth issues, and struggle to get people to live in the city limits. Not only that, but Texas has no state income tax, which is awesome! Let’s compare, the California state income tax is

over 9% and is as complicated as the federal income tax. That means you don’t have to give a chunk your paycheck to the state government each payday. A nice perk for living in Texas, specifically Dallas.

Sorry, I digress, why do we notice Dallas as a smart city? Well, they are actively moving into that area. They partnered with AT&T to move ahead with smart city innovation.  They created the Dallas Innovation Alliance. It is their job to bring innovation to Dallas.

While I am not clear on what they mean by innovation, they do point out that they want to bring smart tech to the city and improve the connections. In 2016 they release a small online publication explaining what they intend to do and how they intend to do it, It explains how they are converting streets to smart lighting using LED lights and installing sensors to track air quality and crowd noise. There it is, the special sensors that go above and beyond smart lighting. The sensors sense air quality. Sensors that detect noise. These are what makes the poles so smart.

They mention the digital kiosks, again, these are the smart keystones of the city because they are symbolic of the smart city progression.

They mention network connectivity and specify the fiber build out and the addition of cellular in the city. They also mention public Wi-Fi which is what the citizens associate with anytime connections.

Finally waste management. They have plans in place to have solar-powered trash compactors for collection throughout the city.

Smart parking to allow available spaces to be monitored and broadcast to people looking for spaces. This should ease traffic congestion if people use the apps. 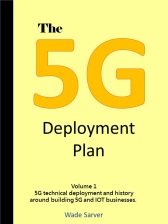 All of this is going to be made possible with the apps that connect all the information to the end user. That is the key! Using a common app to allow for all of the sensors information to make the information useful. Installing all of this stuff is one thing, to make it accessible to the people that need it is another. Who needs it?

Do you see who needs this the most, the city planners? They should be using this data to improve the city. Each year they should evaluate the data and create a new plan for development based on what they learn. It’s not just what they see, but what’s missing as well. They need to take it all into account. Make use of the data

provided to them to improve and eliminate. Then they will have a cost-effective city that is on a positive growth track.

Who is a major partner in this venture? Dallas is working with AT&T to make this happen. AT&T and the DIA have created the “Smart Cities Living Lab” to understand how the changes will improve the city. This lab lets them see how to use intelligent LED lighting. They are testing the kiosks, specifically with the CIVIQ kiosk to understand how to build the Interactive Digital WayPoint, which is a model for the CIVIQ kiosk and really cool. They have been testing sensors with Ericsson. The Living Lab is pretty cool, but eventually, it has to go live.

To see more on Dallas go to:

How do you plan goals? Now you can plan 5 Weeks at a time! The 5-week Planning Journal, (click here), available now in paperback from Amazon!

Putting together your smart city tech solutions, planning, development, and more….TechFecta! Guiding you to a better plan through consulting!