Breaking down the walls with 5G Open RAN

When I say walls, I mean several things:

Most carriers are pushing for open architecture systems. Groups like Open RAN, now merged with XRAN to form the ORAN Alliance, more can be found at http://www.xran.org/news/ if interested. I think they want to drive down hardware costs. They are already pretty low and manufactured in China. In fact, most of the engineering is probably done there as well. Carriers have a score to settle with the OEMs, they want to have more competition. This would be great if it wasn’t so damn hard to get something approved to be on their network in the first place. I admire OEMs for their persistence, at least the ones that can afford to support lab and FIT of their products.

This is good and bad news for OEMs. I would think that the smaller OEMs could specialize in one thing, like a radio head, BBU, or maybe even software that is specific to that function.

This is probably the way systems will be connected. It will break down the RAN much like the carriers have broken apart the end to end system. In the days of 3G, CDMA and GSM you pretty much had one vendor from core to radio. Now, you can have many different vendors in the core because most of it is software driven with COTS, (Common Off the Shelf) servers and routers. Most everything in LTE was software driven except for the BBU and Radio Heads.

Now, with 5G, it may be broken down even more. The fronthaul is becoming interoperable as CPRI and eCPRI become open. Now the carriers will have the ability to use anyone’s radio head, like what digital DAS vendors were doing with Alcatel-Lucent when they came up with CPRI.

Now, eCPRI will open up a faster interface.

Open RAN changes more than the tower site. As small cells and CRAN become commonplace, this means that the carriers could have the vRAN. Virtual RAN and had multiple vendors radio heads out at the sites. They could have a BBU hotel, in the case of CRAN, in one are with one OEM’s BBU system while remote they have another OEM’s radio heads. This means that the system will be broken down even more than before.

The purpose of the Open RAN Alliance is to do just that, to break the OEMs down to a manageable size where the carriers will be able to negotiate the hardware prices down. This has already worked, the hardware is cheaper than ever, but now it’s the licensing they have to work with. Licensing is where everyone is trying to make more money in this software-driven world.

So, the carriers were able to lower the hardware cost and shop around for a specific product. For instance, let’s imagine a system breakdown, theoretical of course.

The problem is getting them all to work together. Don’t get me wrong, they will work together, but whenever there is a problem, there will be finger-pointing. You know what I mean, many problems are going to be network related, and everyone is going to point the finger at Cisco. Actually, the other vendors may give Cisco the finger, even though it’s not their fault. Things get ugly when working with multivendor systems.

What happens to fix that problems are that one OEM has a really smart guy that figures out the problem then works with the customer to identify the other players and what they’re doing. It’s hard to figure out sometimes, even if you have just one OEM.

This is why 5G won’t be any different. It’s going to be software driven. The radio heads need to be spectrum specific, but the rest of the system could just process the services and application the way that carrier wants. It may be optimized for specific services. Video data for movie or video for short YouTube videos. Maybe for gamers, they have AR for the users. Maybe it’s for IOT with short data bursts. Maybe it’s sliced to serve all the above.

The carriers have a conundrum; they have to service subscribers that may want just one or all of the services. Whom do you prioritize? The carriers need to find their NICHE, at least T-Mobile and Sprint do. I think that Verizon and AT&T are big enough that they will try to serve all niches. The big boys will be surprised when T-Mobile and Sprint roll out their 5G systems; they will need to find their niches. Verizon, AT&T, and T-Mobile are putting a lot of eggs in the mmwave basket; we’ll see how that pans out. I hope it’s a raging success, but new technology takes time to be adopted.

So, the infrastructure market will eventually become a cost war. That’s right, a race to the bottom for the carrier that has low expectations. The OEMs need to offer services and support. They will need to stay on top of the costs yet provide amazing applications and reliability. They also will need to provide a low-cost of operation.

Will we see a Wal-Mart for equipment? I think that we already have seen that with the rise of Ubiquity in Wi-Fi. Will Ubiquity provide carrier class equipment? Ruckus has been fairly successful providing carrier-grade equipment in the Wi-Fi market. They had an uphill battle, but it seems to have been working. Now that CommScope owns them, we’ll see if the success continues. CommScope has many weapons in their arsenal, but can they execute? We’ll see.

But what about control?

How will the carriers maintain control and security if they use too many vendors? Will the carriers sacrifice security for the cost? It seems that way. Look at how software made available to the masses gets hacked. It’s expected in today’s world. So, then they will need to beef up security on their infrastructure for more than what’s available to the public. They will need to worry about an outside force taking control of the RAN and core. While this may not seem likely, think about what’s at stake.

If someone can access the RAN and core, they could mimic what the NSA is doing and track and the caller in that system. Maybe do more than getting free airtime, but actually gain access to secure lines. It’s a potential threat. We rely on the carriers for our security as well as out private information.

If you think about the private information that gets hacked, imagine what someone could do if he or she got control of the core and the system. They could take it down, control users, and tap voice and data conversations. This may be possible now, but in an open system, it may be more of a threat.

With the good, lower costs and higher competition, comes the bad, potential security threats. It’s not all roses in an open architecture system, and I want to make that clear. I am sure that the carriers are weighing the problems as well and the advantages. Unfortunately, the lower cost is probably winning out.

Open the door to disruptors.

One thing I hope we see are disruptors in this market. If you don’t think we have seen any lately, look at what Airspan has done with Sprint’s Magic Box and SpiderCloud has done with enterprise small cells. These companies proved that with patience, tenacity, and a good product you can break into the carrier’s market.

Now with open architecture coming, we should see these and more disruptors entering the radio head market, the BBU market, and the software market. 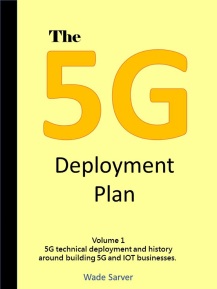 I look forward to seeing who can do it. I have already talked to groups that have products, software, and application that could improve today’s systems. The problem is that with the major OEM’s chokehold on the carriers it will be hard for them to gain ground. They need to find their way to the carrier to improve the existing systems. I see that happening in 1 to 3 years.

Be smart, learn smart tech at www.wade4wireless.com. For your support, TechFecta offering consulting, tech marketing, writeups, and general guidance. Feel free to hire for the experience and because you like what you read.