Will LTE will be the Foundation for 5G?

I have been reading a lot about 5G and it seems there is a misconception that 5G will replace LTE. That is far from the truth. If anything LTE will be the foundation of 5G. That is why the carriers went to LTE so it could expand to 5G and beyond. We should look at 5G as the Super HetNet!

Sign-up to get all of my blogs and updates!

I remember that some of the carriers in the USA and abroad felt like it was just the OEMs pushing new hardware. Now they are not only on board but pushing the OEMs to provide OEM solutions. That is because they suddenly see that the OEMs knew what the customers wanted, whereas the carriers tried to drive the customers to keep what they have to avoid a larger investment. Also, they see the possibility to do more with LTE. That is why I wrote the post about the 5G business plan, to show you what is possible and how 5G money will be made. 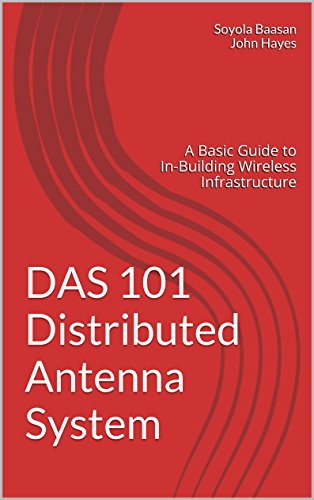 The OEMs are coming out with all kinds of cool names, like 4.5G, 4.5G Pro and 4.9G, Pre5G, 5G Ready, and so on. It all sounds good but they need to prep for the things to come. There is also the article showing you what 5G networks may look like.

Let’s look at it this way, 5G will not only coexist with 4G in the beginning, but 4G will morph into 5G. I’m not talking transformers where it goes back and forth, but more like a caterpillar morphing into a butterfly, (or a moth). So this thing we call LTE becomes the foundation of 5G and more “G”s to come, hence the name LTE, Long Term Evolution. Do you think Darwin would be impressed to see wireless evolve this way? Do you think Darwin would want to call each level of his evolution 1G, 2G, 3G and so on? Would the fish be 1G and the human be 5G? OK, off the point, sorry.

If you have been following 5G you think of amazing bandwidth, but it will be more than that because it is going to have the capability to provide virtual reality to the mobile user. Latency will be much lower. This is all for the mobile user, but what about the fixed wireless user. Can you imagine what they will be able to provide? But, what about the fixed wireless user? If they can have fixed wireless become reliable and high bandwidth then the cable companies will start to shake. We all know that AT&T and Verizon compete with cable, but now they will have a way to connect to the house without cable, wires, fiber, or any physical connection to the home. Wouldn’t it be nice to put a wireless router in your home, maybe by a window, then have Wi-Fi or LTE-U inside your home to connect to everything? WOW! I would love that.

But will 5G replace LTE? Of course not! That is because LTE will be the foundation of the mobile 5G systems. They are improving LTE bandwidth by creative means, like larger swaths of bandwidth. The engineers are getting creative though, they are using carrier aggregation to combine existing carrier’s spectrum. Antennas have amazing improvements using MIMO, massive MIMO. Loading is becoming less of a problem with the insertion of new sites and small cells. Offloading is helping because of Wi-Fi and LTE-U. While bandwidth is our friend as a user, it’s a real pain in the ass to achieve from a carriers perspective because it’s not just the wireless fronthaul, is it? They need to add backhaul, fiber, microwave, copper, whatever it takes to achieve the maximum bandwidth for customers. In voice you could have a smaller backhaul, multiplex the voice and get more and more through a smaller pipe, you could oversubscribe. Data is becoming less forgiving, and it’s a hassle to give people what they want. But it is being done. The channels, set by the FCC, are now able to be put together to look like one big pipe. We will improve LTE bandwidth throughput with all of these technologies. It will be amazing compared to what we see now. And you will be there to see it, how cool is that? I love technology!

5G will be using more and more of the license-free spectrum in the millimeter wave. But 5G will be more than a wireless protocol. 5G is going to be the network. It is going to include more than a format. It will be upgrading the network backhaul, the devices, the last mile, and using the cloud more than ever. So the carriers originally thought they would save the money by not replacing the wireless RAN but just doing updates and upgrades with a few new sites. Now they have to overhaul the entire backhaul, add so many more sites, and improve their core to the point where it can become virtual and apps can run on the cloud very close if not in the cell site. This may be more of an overhaul than the RAN was from 3G to 4G, but prices have come down so the carriers will be fine.

Think about the HetNet that you use now, the network could include more and more technologies. You may be listening to your headset through Bluetooth, then your device is connected by either Wi-Fi or LTE where that could be connected by microwave or fiber all the way to a core or an Internet connection. While it is many connections, it mostly is an IP connection to the device.

I read an article about how 600MHz could be a 5G deployment. I would imagine by the time 600MHz deploys it will be 5G at the rate things are going. I believe that the reason the FCC is pushing 600MHz will be 5G is because of the timing, it seems to be taking a long time to come out, and the bandwidth. Also, the FCC is hoping to get top dollar for the spectrum. Remember that they look to the auction as an income source, but I see it as a way to push out the small business. If you’re a small business, an entrepreneur in the wireless industry, don’t focus on building a network unless you go lightly licensed or license-free unless you have billions to invest before you build any sites, (Lightsquared tried and is now taken over by Ligaldo Networks), but that is another article. I don’t fault the FCC, I know they are doing the best they can, I am just saying find a better way to give the little guy more than scraps.

TOWER CLIMBING: AN INTRODUCTION (The book about getting started as a tower climber)

When thinking of 5G, remember that it will be a collage of technologies all tied together. The technology will be varied but to the end user they will get the same result, data. They won’t know that they rely on LTE in one area and Wi-Fi in another (although every time you enter a new Wi-Fi area it asks you to join), or LTE-U or a new 5G format. Customers don’t care, all they want is the end result. All they care about is a great user experience, just like me. We all want the device to work and work reliably. That is what matters.

So to look at what the carriers are paying billions for, go to http://www.auction600mhz.com/?p=140 and you can see that they are bidding on 5×5 MHZ blocks of spectrum. For one, why so small? While 126MHz is a lot of spectrum, the 5MHz paired channels seems relatively small for the future growth. This is to be used for 5G so the carriers will want to offer new and amazing services. I have to thoughts on this. First, they will need larger swaths of bandwidth. However, second thought is that 600MHz carries really well so it may cause more self-interference. OK, I know that they contradict each other, but the one thing that I remember when Wi-Fi was growing is how it would cause problems with self-interference. So you had to limit the bandwidth to provide co-channel collaboration. Even though you had all of this spectrum, throughput would be limited because you had to plan out the channel allocation by site. LTE has solved many issues, but it will be up to the engineers to make sure that the antenna down tilt and BTS power is set properly to avoid problems from the neighboring sites.

If anyone can deploy 600MHz quickly, I say T-Mobile can. I am a big fan of all that they have done in their system upgrades over the past 2 years. The engineers over there have done a great job! If anyone can roll out the 600MHz band quickly, it will be T-Mobile. They will probably have the earliest 5G or pre-5G system out there before anyone else does on a wide scale. It’s really exciting!  If they can keep up with this pace they should be the 5G deployment winner!

I believe that is why the higher spectrum, 28GHz and up, will be ideal for the true massive bandwidth functions like virtual reality. I would imagine that’s why Wheeler of the FCC published his blog post, found here, about using that spectrum. I believe it’s lightly licensed. That means for the microwave links its used for you can just apply for a license on the FCC’s website and it generally is approved quickly. Yes, that spectrum is already in use for PTP microwave hops and has been for several years. All they have to do to make it a 5G option is to make the equipment point to multipoint. I don’t mean to oversimplify it, but it’s already being used for high-speed data communications, it just needs to be refined. It will take a lot of work to get there and I imagine they will want to make it a form of LTE to maintain consistency and help with clean handoffs if it will be used for handsets.

Keep in mind that 5G is not just a technology but the collection of technologies. FCC Commissioner Wheeler said, “5G is not a technology.  It is a revolution.” In his speech at CTIA on Sept 7, 2016, full speech here. I believe what he meant by that is we need to stop looking at the next generations of communications as a form of communication, wireless or wired. Like we looked at 4G as LTE, 3G as GSM and CDMA. Now we need to look at the network, the backhaul, the fiber, the HetNet, the collection of all technologies as a complete generation. It goes beyond wireless to the cloud, to the fog computing, SDN, NFV, as well as all the wireless formats.

Now that you know that, think of LTE as the foundation for 5G on the wireless front. We need to get LTE faster and the latency lower.

Do you know what to put in your SOW, the details needed to get paid for milestones or job completion? Would it hold up in claims court? Would you rather plan up front instead of fighting for it after the job is done?