Did you ever wonder, what is 5G anyway? What does that mean to me? If you’re not interested in technology, then it’s just another buzz word, but if you’re reading this, then you asked the question.

The 5G network, as of 2016, is still being defined. What we do know is that it will not be like 2G, 3G, or 4G because it will be more than the format, spectrum, speed, or even the equipment. Let me break it down for you.

Subscribe to catch-all the episodes  iTunes or Stitcher or Overcast 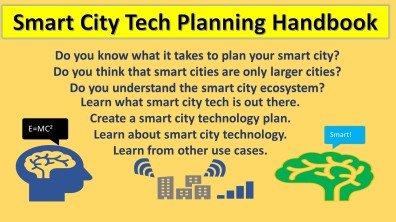 speeds faster than current 4G, and other improvements.”  So what does that mean? It’s more than just a network connection or a format. It will include the connection to the internet, the connections to each device, the broad-spectrum of devices used in the network.

The HetNet is the game changer along with new speeds and spectrum and formats. When looking at the system you could have macro sites and small cells, LTE and Wi-Fi and perhaps another format all working together as one big happy network where the end-user has no idea what network they are on. You could be in any spectrum, 600MHz, 700MHz, 1.9GHz, 2.5GHz, 24GHz, 28GHz, 60GHz or another band which could be allocated to 5G. You could even be in the unlicensed spectrum running Wi-Fi or LTE-U or a lightly licensed band like 3.65GHz, the CBRS, here in the states. The end-user may notice the change in speed but not the format or spectrum change. In fact, I would believe the end-user won’t care unless they see a big change is speed, or quality of experience, (QoE). Seriously, do you even think about it unless voice is crappy or the download rate is painfully slow or you lose connection altogether?

“What would happen if Sprint and T-Mobile would merge?” is a report by Wade. You can get the report today for $9.99 as a PDF on Gumroad or Sellfy.

So, what is 5G? It’s the combination all the network encompasses. It will be all of the parts put together to make the speeds super-fast. Now, you’re probably wondering how we will get there. Lucky I put together this list for you to see how we will improve speeds.

Scope of Work defined in this tutorial.

5G will encompass new applications, new ways to use the Het Net. New

ways to get the processing power to the edge of the network using the cloud and even fog technologies. I think that we have to change the paradigm of the wireless network. It won’t be long until we have fixed wireless providing internet access to homes to replace the cable modems we need now. Operators will have more than 10Mbps backhaul for wireless cells, small or macro. It won’t be long until they need 1Gbps to 10Gbps to 100Gbps to satisfy the needs of the end-user.

So now we have 5G. This is going to be

more than just a new format or a higher speed. It will be a combination of formats with so much more included. We will see 5G specific applications that will shape the network. We will see the networking equipment be a requirement, the cloud, even fog computing will be part of all of this.

Think about what we will see with 5G, artificial intelligence on the network, virtual reality anywhere, and so many new applications that we can’t even think of yet.